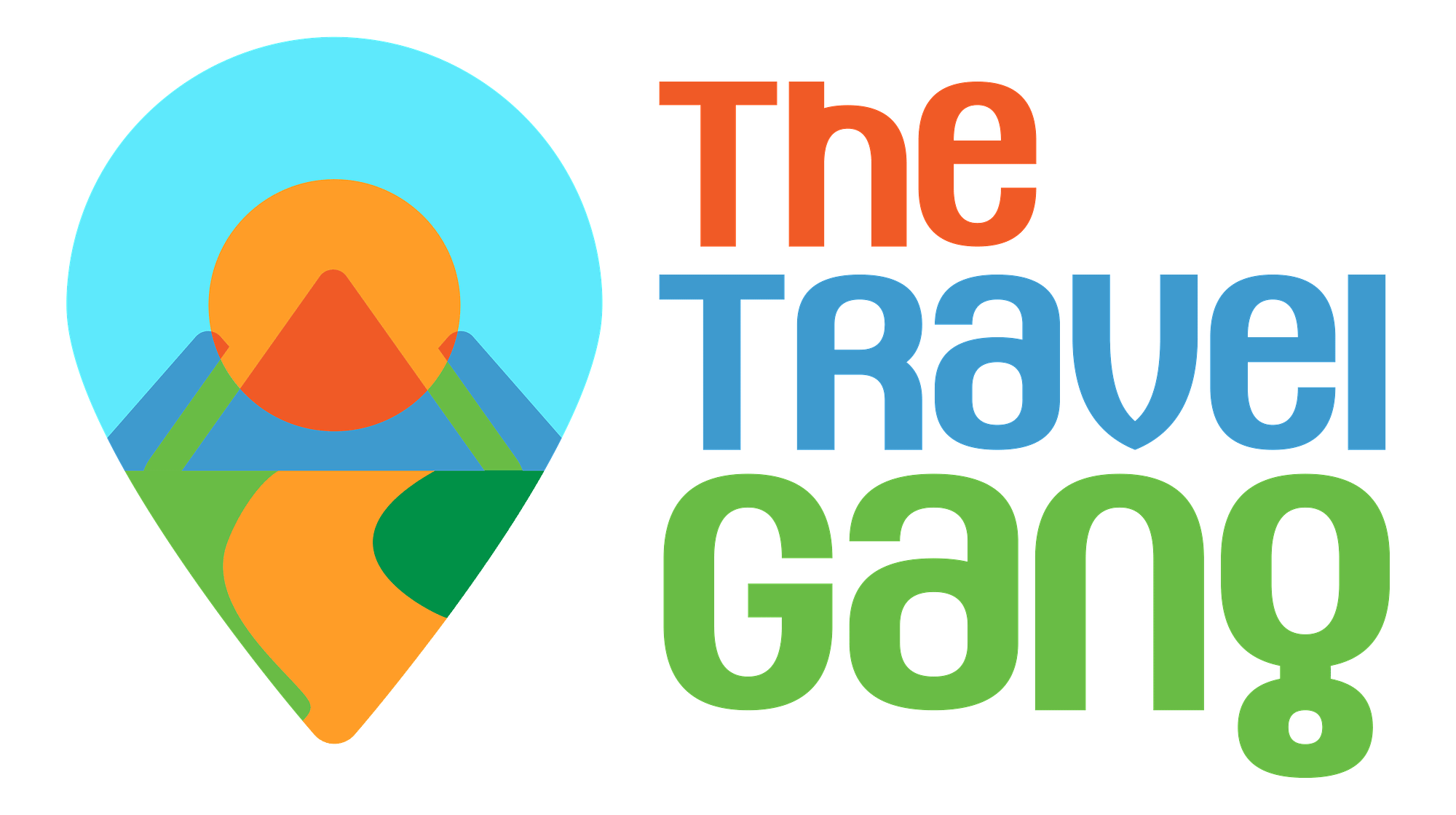 Europe has always been a base for fairy tales and it’s easy to imagine why. Hidden within deep forests, perched on a mountainous ridge or fortified by the seafront; monarchs have built countless castles that have withstood the test of time. Each carries with it character and riveting history, some nothing more than crumbled walls and excavated ruins while others have been preserved with furnishings.

But how do we see them all? Where do we begin checking off these architectural treasures? Delving through Europe, we’ve put together a list of 10 beautiful castles in Europe that stand out for their incredible setting and design. From the classic build of Neuschwanstein Castle to the mirage-like Mont Saint-Michel, these castles will entrance you at first glimpse – while their lavish interiors similarly enthralls for hours.

There are either too many words or too few to describe the sheer elegance of Château de Chenonceau. Built across River Cher, it is the crowning jewel of Loire Valley – formal gardens the size of football fields span the estate, adjacent to the main building and bridge. The maze in the gardens, while scintillating, has nothing on the awe-inspiring architectural genius of the chateau.

Painted an almost ethereal white, the traditional curves and strokes of French styling takes on a blue tinge where the river reflects off the building’s exterior. Aside from the neatly ordered windows and rounded pillars, the ‘bridge’ astride the river is composed of the most beautiful half-moon arches. In daylight, the carved out arches reflect in water to become perfect circles; portals that are half water, half air. For more of that airy lightness, comb through the ivory-stone walls with its delicate chandeliers and curved doorways.

As expected from a residence of nobility, Castello di Miramare is a dream estate along the Gulf of Trieste. Built in late 19th-century for Archduke Ferdinand Maximilian of Hapsburg and his family, the grounds carved out prime views while retaining utmost privacy. In fact, it is surrounded by a botanical park, leaving only small windows for passerby to glimpse the castle. This is without question one of the most beautiful castles in Europe

Blending Renaissance and Medieval styles with a garnish of the Gothic, the castle is comprised of relatively square wings and scalloped exterior walls. Small pillars frame the entrance to the pier-side garden and windows are rounded at the corners. Luxury is imbued in the details; comfort is expressed via the Mediterranean shades of tapestries. There’s no forgetting who this castle was commissioned for when you spot the grand coats of arms woven just about everywhere.

The estate may have been titled since early 16th-century, but it was only embroiled in drama during WWII. Records show that the Nazis had seized the property from the Hochberg family for resisting compliance; Princess Daisy was the last to own the castle. Any tour guide will tell you that her spirit returns frequently but no one knows of her actual resting place.

History aside, Książ Castle is stunning architecture known for its 13th-century structure. The unusual terracotta coating of its façade and teal plating beguiles like magic; not including the arches of its base pillars and sunrooms that extend like cocoons. Priceless antiques and galleries now inhabit the rooms, but spend some time exploring its palatial grounds too. The castle’s exotic Palm House variety is another facet of beauty you won’t want to miss.

Perched on rocky edifice and borders obscured by black firs, Neuschwanstein Castle is the epitome of isolated retreat. While millions of people have since made the pilgrimage to the castle, its location in the snowy reaches of Germany was a deliberate choice by King Ludwig II – few had access to this fairy-tale refuge until it was opened to public in 1886.

Within the stark walls and storied turrets is a medieval museum outfitted for both royal business and kingly leisure. Lush trappings decorate the king’s private quarters while Arthurian myths are depicted in wall art. Unexpectedly, the desire for luxury brought about modern systems as well; you’ll find plumping and electricity as well as central heating supplied by a steam construct. Blending the charm of medieval novelties and modern comfort, makes Neuschwanstein Castle one of the most beautiful castles in Europe.

Sharp spires cap off towers; ebony colored roofing and the burnished oak braces come together to form the remarkable exterior of Peles Castle. The deliberate blending of brick and cement work only further the dramatic effect; it wouldn’t come as a surprise to know that over $16 million was invested in its construction.

One of Romania’s famed royal residences; it sits in an equally fantastical location referred to as “The Burnt Stones”. Stories claim that King Carol I had fallen in love with the brook valley during a monastery stay and thus commissioned a castle in the wild landscape. He spared no expenses either – aside from the exquisite collection of artwork and furnishings, you’ll come across over 170 lavish bedrooms and chambers. There’s even an interior elevator!

Nestled in the green depths of Granada is the sandy sprawl of Alhambra, one of Spain’s most iconic landmarks and beautiful castles in Europe. While the expansive palace can trace its roots to a 9th-century Roman fort, its present day foundations and scope came by the efforts of Moorish Muslims in the 13th-century. After its occupation by Christians, the architecture carries marks of both religions within its walls.

While the rigid square-ness of the design may come off as foreboding, the tawny coloring exudes a warm glow regardless of the hour. There’s even a miniature garden within castle grounds to soften the stark buildings. Do pay close attention to the details when you’re inside the complex as ingenuity is revealed through both structural design and decorative elements. The arabesque pavilion is especially gorgeous.

When seen from the right angle, Mont Saint-Michel looks to be a floating island. In reality, it sits off-coast Normany in a rounded slope of township and gardens, winding up to the massive castle-sphere. While high-tides conceal the path to what was once a monastery in the 8th-century, you can take a boat over the natural moat.

What makes Mont Saint-Michel so unique isn’t just its tidal island structure, but that it’s an entire township. Below the massive height of the castle are old houses and sites that are home to a cozy community of 50 residents. We won’t give too much away since it’s an experience best felt in person – definitely one of the world’s most beautiful castles.

The vivid palette of Portugal’s Pena Palace can be spotted mountains away, unapologetically playful and eclectic. With Sintra just 40 minutes away from Lisbon, this castle has become one of the most visited attractions in all its forested glory.

Taking inspiration from Romantic architecture and whipping it up with 19th-century enthusiasm, the castle is a handbook in mixing prints and period-influenced décor. The first thing that catches your eye is the bright yellow and red segmented walls; the blocky buttresses and ornamental gargoyles come next. The interior is similarly inspired, composed of intricately carved pillars and rounded arches, elaborate tiles and an almost dizzying mesh of patterns. Original furniture has been preserved in open-air museum format, marking Pena Palace as one of the most dynamic heritage sites and 10 beautiful castles in Europe.

Neutral tones don’t equate to blandness and Switzerland’s Chillon Castle is proof. An island castle that tops Europe’s most visited landmarks, it is perched between Villeneuve and Montreux as a prior Roman outpost. Accessible via bridged entrances and with its high walls smooth with few windows, its defensive design is obvious.

Still, there’s no detracting from its humble beauty. The sandstone foundation, sloping lines, burnished pyramid roofs and the narrow extended walkways along the top rims all express an understated elegance. You might even find it niggling at your memory; this Lake Geneva structure had inspired Prince Eric’s Castle in The Little Mermaid. Under the glow of sunset, it is at once intimate and alluring.

Titled a UNESCO World Heritage Site at the turn of the century, Kronborg Castle has roots in 1400s. Originally a fortress built by King Eric of Pomerania, it guarded access to the Baltic Sea through the Sound and acted as a toll fee booth. The Kingdom of Denmark developed around this strategic port.

The castle even looks like a stronghold; it was designed with high flat walls and few windows, water-facing corners affixed with towers. Breaking the stately outline are two teal-colored spires with interesting curves. Shakespeare had immortalized it as Elsinore in Hamlet, befitting its dramatic and sturdy make.

These are only 10 beautiful castles in Europe; there are plenty others to admire. Dedicate at least half a day to wandering the palatial grounds or elaborately decorated halls. For full mileage, consider signing up for a guided tour and learn about their rich histories.